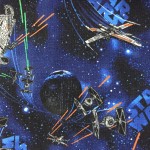 After a decade of silence and a lot of rumours the new episode Star Wars VII: The Force Awakens will be coming into the cinemas in December 2015. The epic space opera has became a prominent name in the film industry, and has provided many hours of excitement for fans and generations to come. Nevertheless it remains one of the top of space related science fiction films of all times and to celebrate that Millwill Furnishers will be bringing you a new Star Wars carpet design! It will cost £6.95 per square metre.
If you want to be the first one to know when it’s available, simply get in touch as soon as possible. May the force be with you.

Drop A Message & We'll Get Back To You